A Comprehensive Approach On Soor: An Apple Music Player With Gesture-Based Navigation

Soor is an Apple Music application which provides a better experience than the default music player of Apple. Though it is not a popular one, it’s giving tough competition to apps like Spotify or SoundCloud. However, it is one of the most profitable music subscription services at present. Soor which pronounced as sur means melody in the Hindi language. It is the first fully featured third-party application which integrates the vast streaming catalog. Besides that, it is an all-in-one music player with gesture-based navigation feature. 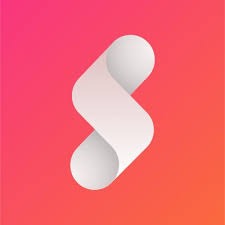 Flaws of the Default Music Application of Apple

Though Apple Music is one of the most preferable music streaming application, it is not free from the occasional flaws. It includes several cons which sometimes destroys the user experience. For instance, it requires too much time while searching for some songs with the help of various menus. In this case, if you want to navigate each section, then you have to spend quite some time in it. In some cases, you can also feel some hazard while you are trying to scroll it.

Further, it loses the library position of a song every time you stream music. It does not contain any night mode. So, it becomes quite hazardous to you to see a bright white screen during the night instead of a soothing dark screen. In addition, though the service of Apple Music is pretty good, once you start experiencing it, you can notice that the app is not a user-friendly one.

Features of Soor Against the Apple Music

If you want to use a third-party application to listen to music on Apple, then Soor will be the best choice for you. However, you might need an active Apple subscription to use this beautiful music application. Though it is not a free one, you have to pay a nominal cost to use it. But it will worth the money.

Soor is a new application for the Apple Music. In this case, when you start indexing in the library, from that time, you will be able to access everything available there along with the music catalog of the Apple music.

In this case, there is a main Home view and you can customize it with sections. This includes Playlists, Recently Added, Hot Tracks, Top Playlists, New Releases, Top Songs, Recently Played, etc. In Soor, if you want to customize the home screen, then all you have to do is tap on the Settings option which is situated at the top-right corner. Then, choose the option named Hoe sections. Here, you can select what sections do you want to include. Also, you can even drag and drop them to rearrange.

Once you include a few sections in the home page, you will be able to consolidate more features in a single screen. In this case, if you want to expand one section, then you have to choose the required button for the area.

Pull Up to Reach

Nowadays, in this technological era, mobile phones are getting bigger. So, sometimes it becomes complicated to use. For this reason, Soor is launching pull to reach feature. Using which, you will be able to reach at the top of the content by pulling the screen.

To turn on this gesture, initially, try to swipe down this application and traverse across the buttons from right or left. In case, if you want to get back to the previous tab, then you can simply pull the screen upwards to perform so.

In the case of the Apple Music, if you want to search something, then at first, you have to exit from the window and go to the separate search section. Soor, on the other hand, saves you all the hard work. this is another great feature of Soor.

This music app contains interactive Drag and Drop features with the help of which you will be able to add more items to a playlist, current queue as well as likes, share, and much more.

It also contains exiting themes which you can choose as per your choice. In Apple music, during the night time, it will be too difficult for you to use it due to its blinding look. Where in the case of  Soor, it includes three theme options which are Light, Dark, and Black.

Light is a general theme of this musical app, which includes a white background. In Dark option it contains gray, and Black which is perfect for the night as well as it contains OLED screens. 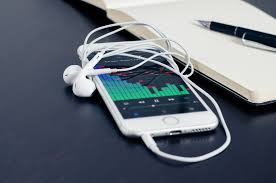 Thee are more than one flaw present in the Soor application which includes:

Well, any of the digital applications are not completely error-free. Similarly, Soor is also not free from technical flaws. As a result of which, you can encounter several glitches with this music application. But when you compare it with Apple Music, it is more user-friendly. In case you want to change your experience with Apple Music, then it will be the best choice for you.

Music/Tech Startups We’ll Be Watching In 2019: Top 20 Picks For You