Is Amazon Prime Music Better Than The Other Top Music Streaming Apps In India?

It seemed like ages when we used to be busy with downloading our favorite songs from Beemp3, Mp3skull, and Songs.pk. With the introduction to the satellite radio and music streaming apps, the visitors to these sites have dropped dramatically. 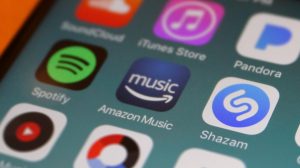 Apps like Gaana, Saavn and Google play have been ruling the Indian music market for a long time now. With the affordable data plans, people are now getting inclined more towards the live streaming than sacrificing their phone’s memory to storing them.

Among all the big fishes, Amazon Prime Music has set its foot for making the mark in the domain lead by the other apps. But does it have what it takes to compete with these players for the Indian music market?

Prime Music hasn’t yet come out in the open about the number of music it has in its library. It has just announced that its library has over tens of millions of songs.

But, Google Music has over 40 million songs available in many languages. And Gaana has over 10 million music in almost 21 different languages. This shows that Amazon needs to extend its library further. And Amazon is already onto it.

Many features of Amazon Prime Music is inspired by existing apps like Gaana and Saavn. It also has a standard music player and customized playlists like online radio stations.

But then, Google Play Music had a serious update, and now it is the best among the lot regarding being intuitive and user-friendly. More than that, Gaana touches the soul of the Indian audiences regarding the choice of music. Though, its recommendations have a lot of repetitions.

Now that’s a part where Amazon Prime Music has an edge. Its recommendations don’t give you repeated suggestions frequently. Also, it keeps changing the genre of the music suit the taste of the user and many users like this function a lot.

There are times when you feel lazy but have this intense desire to listen to this favorite music. You don’t want to pick up your phone, type the name of the song then go through the search results to play the one you want.

Amazon, Google, and Gaana have something for you for the times like these. They have voice assistants to take your orders and execute it. So, if you are an Amazon Prime Music users, you can ask Alexa to play a song for you.

Everything said and done, now let’s get down o some real business. How much will it cost you for availing the services of Amazon Prime Music? Here is a drawback for the app. It doesn’t come free even for the streaming. If you want to access Amazon Prime Music app, you will have to be a Prime member on Amazon. That will cost you Rs 999 annually.

So, for part-time listeners, Gaana’s free account is a good choice. Or, they can even subscribe to the monthly rentals and discontinue it whenever they want. But if you want many services bundled in one, along with exceptional streaming of music, you must go with the Prime subscription of Amazon.

So far, so good. Amazon prime has a bright future in India with the serious music lovers. Also, those who are an avid online shopper will benefit from the Prime Subscription as well. With the unlimited access to a vast music library, you will also get fast delivery of your products on Amazon and wavier of delivery charges as well. So much in just one subscription. And yes, you will even get access to many movies in Amazon Prime Movies. Could it get any better than this?

How Technology Is Changing The Live Music: Explore The Future [2019]

YouTube Premium: All Interactive Features Within A Single Application[2019]

Apple Vs Spotify- The Battle Of The Best Music Apps